Pius Arinze Has Friday, June 12, 2020
First, I'm black. No, I mean I'm African. Homegrown. Son of the soil. My skin color isn't black, but light brown. Therefore, I ain't black, as Biden confirmed. Instead, I'm brown, if you value color so much. This doesn't mean I don't have a few people around me whose skin is actually black - there are. 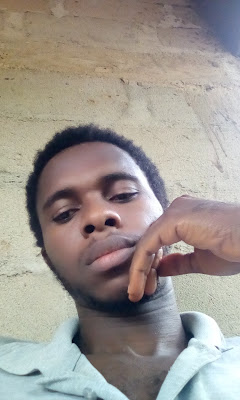 I've read a lot about the history of my people and my dad have said one or two things to me in the past. One thing I heard was that my great-grandfather might have owned slaves in his time. Those slaves were people of the same race. But this isn't the point I want to make here. Both my great-grandfather and his slaves (if he owned them) were enslaved by Whites - the colonial masters.

You see we were slaves in our own land. Did I say we? I meant the people of that time who looked like me. They remained slaves until some died and their kids and grandkids served in their position. Then one day, hope came and Independence of nations was granted our country. My dad was about a year old then.

I will stop right on that.

Here are some of the books Trump recommended you read

Do you have any idea why I told the story? I don't want you to feel like I don't have people who went through that slavery situation most Americans are so fixated on right now. Most African countries were colonies of white people. We were ruled. Controlled. Punished. But you don't see us calling for white people to come apologize to us for the colonial weights our forefathers bore. We moved on.

So, what do you say is the function of black lives matter organization? Do you think they care about what happens to the black people in crime infested cities in US who die at the hand of other blacks, like in Chicago every weekend? Or those unborn ones they agree should be killed before they are born? Do you think they care about that your cute black friend, left or right?

Was black lives matter organization in the team that spearheaded the First Step Act and brought it to fruition? Educate me, I'm ignorant.

So, now George Floyd is dead. He was killed by a murderous cop who deserves a death sentence by the way. Do you really think black lives matter organization care about George Floyd? They could have made him less of a criminal in his life time, and many like him, but they didn't because they didn't care.

The truth I want you to know is this: black lives matter organization only actually care about politics. It's obvious they're making lots of money through this death. You doubt? Why are they blaming a man who have only held political office for a little above 3 years? At the same time, they are standing shoulder to shoulder with the people who have spent at least two decades each in government.

If the system was so bad, why didn't those people fix it? Trump in merely 3 years fixed lots of things that blacks today are enjoying. But Democrats and their black supporters want to shift blame to Trump? Trump's not racist!

Follow the money. Black Lives Matter organization receives money from so many people whenever this sort of crisis arise in America. How do they spend these money? Do they spend all money received on the homeless black folks in your streets, the poor blacks who live each day wondering if that would be their last day to feed or die, or those who really need the money in those black communities and had to do many jobs to get by?

What's required is not what the angry left is asking for: apology and reparations! It's not the system that is damaged. It is the people who have been running this system.

The first problem is lack of accountability among those who appear to be championing the black cause. The second is brainwashing of the vulnerable black by the white liberal to believe they deserve some sort of special entitlement because they are inferior and underprivileged in comparison to whites. The third is the incompetence ravaging the Democrats party. The state in which George Floyd was killed have been under Democrats rule for years!

Blacks in America should wake up. It is not late to stop voting for your skin color. Start voting for values that can bring positive transformation to your communities, no matter the skin color.

Democrats created the system. They subjected black people to the perpetual enslavement of voting for who the Democrats want. And black lives matter organization is simply after black lives money which they receive from big donors of the party that fought to keep slavery so they can use them for their political advantage!

Nothing more.
I'll get paid some commission if you buy this collection of Trump 2020 shirts.