At the time this article was first posted, the American Government had been shut down for over two weeks. It was shut down over whether there should be a border wall or not at the Southern border of the US, where they share boundaries with Mexico. I seek to argue briefly in support of the wall. I will begin by saying this: walls are not immoral, and I will tell you why!


The argument as to whether a border wall is immoral or not is absurd. How can a border wall be considered immoral by a sane human? On what basis are they immoral? Do we consider the fact that most of those pushing this absurdities are actually living in walled compounds and communities? Do they ascribe morality to their own walled neighborhoods alone? For what purpose do they prefer to live within walled compounds or communities? Does it not occur to them that many American citizens do not live in walled compounds or communities like they do? These Americans are the ones exposed to the dangers of illegal immigration, and many have lost their lives as a result. The rest constantly live in fear.

The only way these Americans can feel safe is if foreign bad elements are not being given free access into their country through open borders. This is why they are asking for a wall.
Walls became immoral to the Democrats when they realized that letting Trump build it will benefit his re-election campaign. They do not want the president to succeed. For Trump, the wall is not just about keeping a campaign promise, something he enjoys doing, it is mostly about the safety of American citizens. However, for Democrats, it is all about politics. They chose to place partisanship before being patriotic. They do not care about the safety of the American citizens, so long as they end up making Trump look bad. Their hatred for Trump supercedes their love for country, if they have any.

Democrats also claim to be in support of border security. This is laughable. I will tell you why. Majority of the members of Boko Haram insurgents in my country, Nigeria, are not from here. They are illegal immigrants who enter through our no-wall borders in the Northeast. They come in to terrorize and kill our brothers and sisters in the north, especially the Christians. Until we have a wall up North, this may never end. Therefore, for anyone to claim to support border security while pitching a tent against physical barrier at the US border with Mexico is totally ironic. How on Earth is it possible for human beings to man miles of border lands twenty-four hours of the day? Only a border wall can ensure maximum security at the border.

Now, here is my one reason why I believe walls are angelic and humane: It is that Walls have Gates! When a wall is built around any place, it provides a safe space for its inhabitants by keeping off bad elements who are beyond the walls. Thus, it helps the dwellers within the walls to streamline their fight against crimes on those who are within. Walls, therefore, help to keep criminals away, for they are hardly willing to make use of the gates which are usually well guarded. Gates are meant to grant access to those who are law abiding. Anyone who considers the wall to be offensive is either a criminal or supportive of criminals. Which law abiding individual will ever prefer to access a place illegally?


Worthy of note here is also the fact that the absence of walls is anti-immigration. People tend to move to places they consider to be more secure and safer than where they used to stay. If bad elements and criminals have free access to these new places, what then makes it better for them? It becomes a case of the meat running from the frying pan only to land into the fire. The presence of walls therefore encourages immigration.

In conclusion, I will suggest that those who preach that Walls are immoral read their Bible well, if they have any. The new Jerusalem in the book of Revelation was described to have walls on its four borders. Each side equally have three gates. The walls serve to prevent illegal immigrants - sinners who did not repent from their sins, from entering the holy city. On the other hand, the gates are for letting in those who are law abiding, washed clean from their sins and are holy. They are the good immigrants. There was no reason God was going to allow the same pollution on earth infest heaven which is supposed to be a haven for the pure in heart.

Thus, walls are not immoral because walls have gates. If you agree, let's make this hatch tag trend: #WallsHaveGates and #WallsAreNotImmoral. 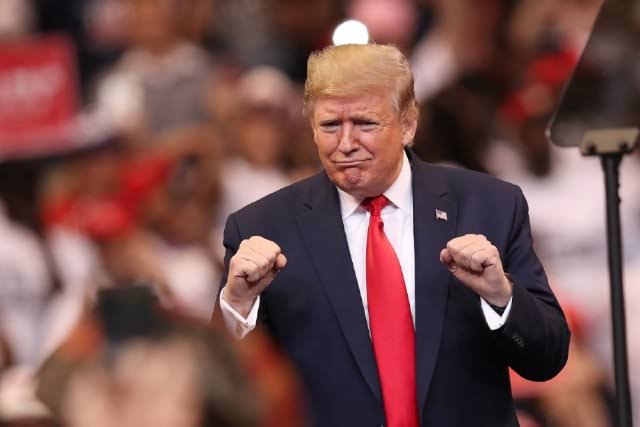